The Lunar New Year is making its grand arrival at Grand Copthorne Waterfront Hotel. How so? From 5 February to 2 March, kick off the festive season with an indulgence of a Lunar Year 6 or 8-Course Shanghainese Set Meal (私房菜), or Food Capital’s Lunar New Year Buffet Feast helmed by by Executive Chef, David Toh and his dedicated culinary team. 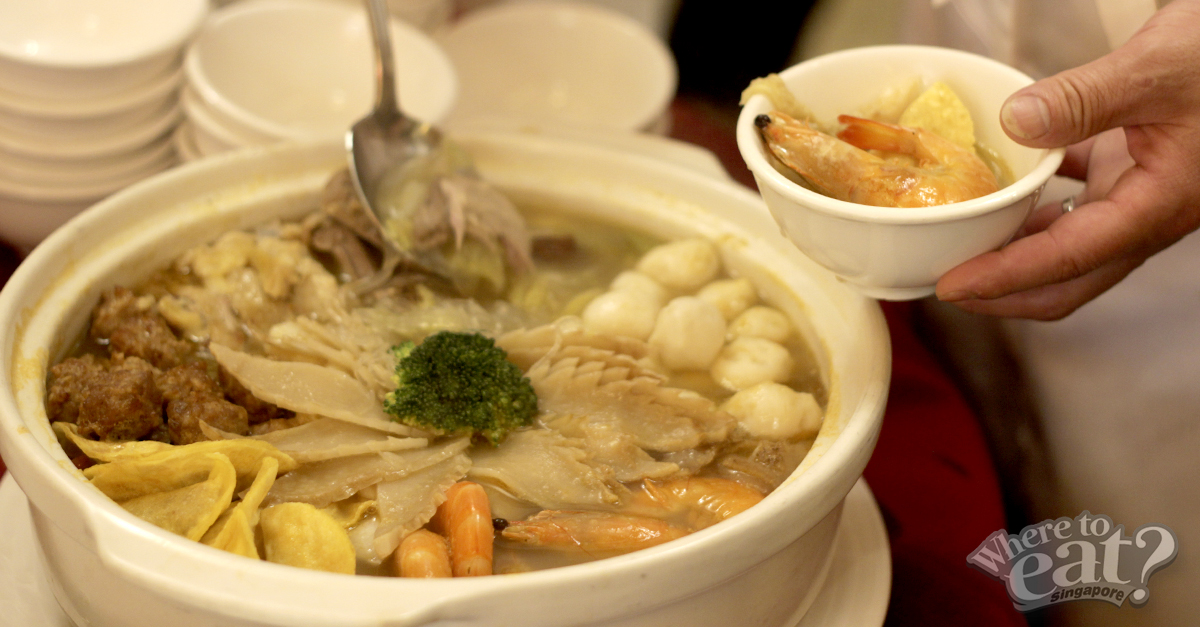 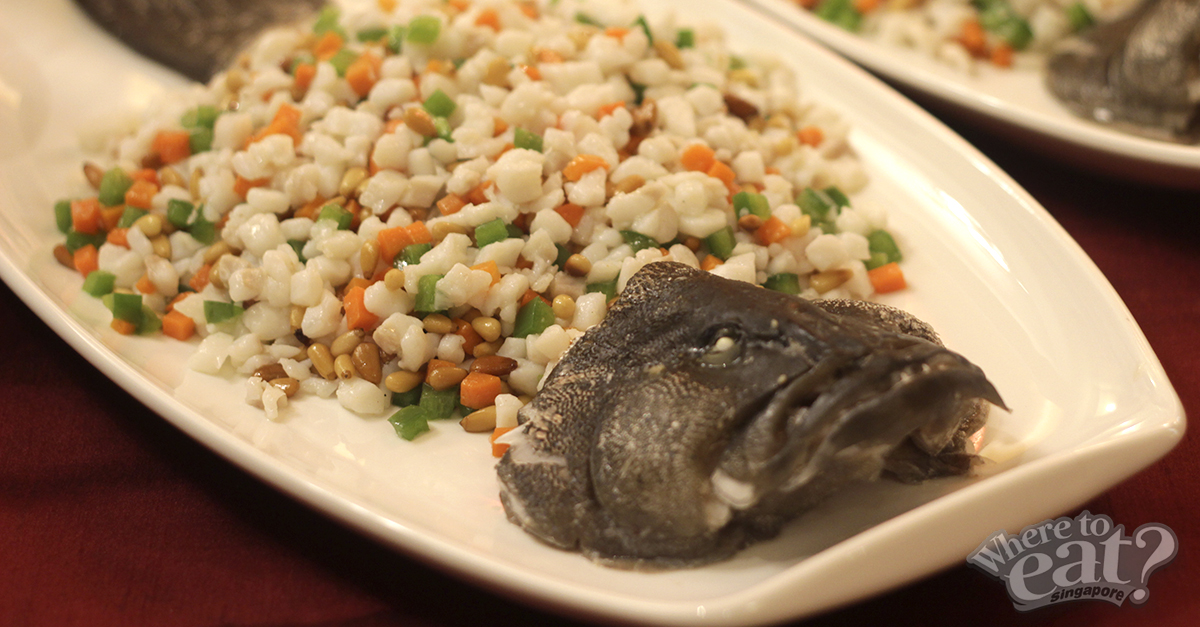 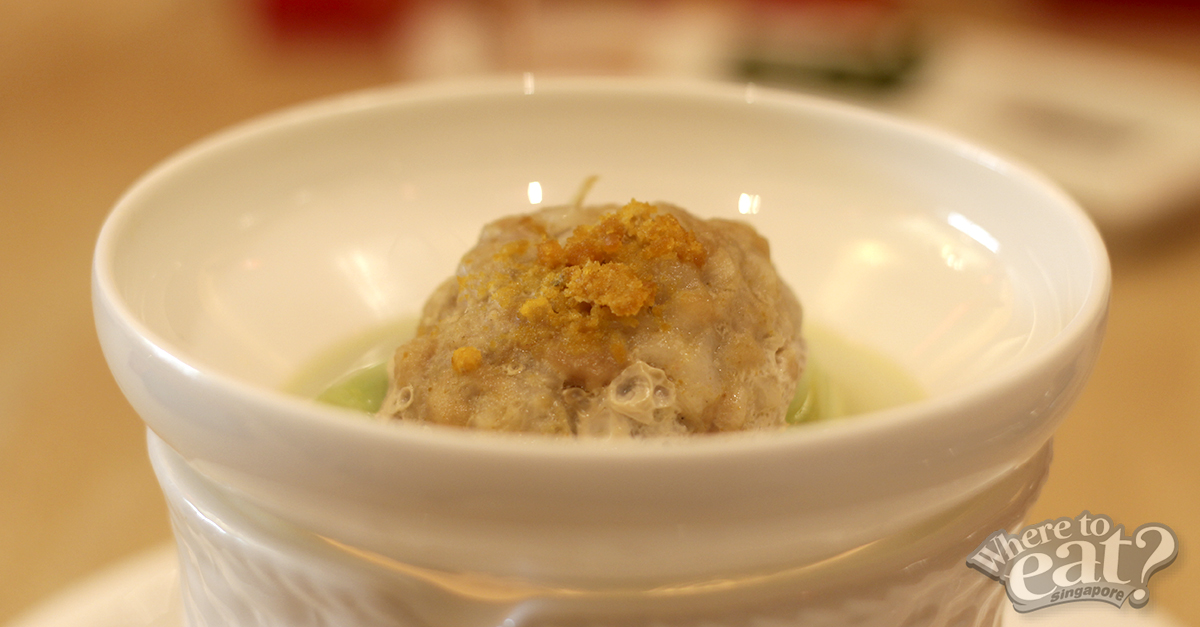 Seemingly simmered for many hours, the Harmony Delicacies Hot Pot (全家福) dish warms you up and gives off a flavourful kick – emitting a soft and sweet aftertaste. On the other hand, the dishes such as the Traditional Stewed Pork Ball with Hairy Crab Meat and Wok-fried Star Garoupa with Pine Nut, Carrot & Capsicum were light, delicate and tasty. 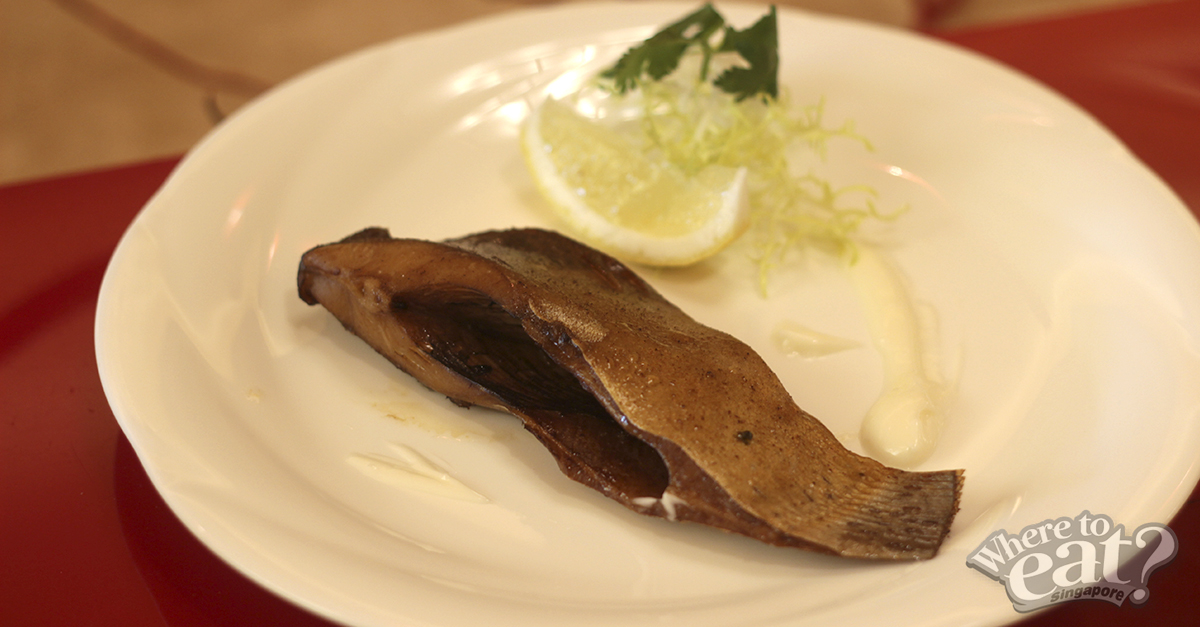 Well, the Smoked Pomfret Fillet with Soy Sauce played on complicated flavours of smokiness together with the saltiness of the soy sauce. Unfortunately, this could either be a hit or a miss, as some might find it too fishy for their liking. 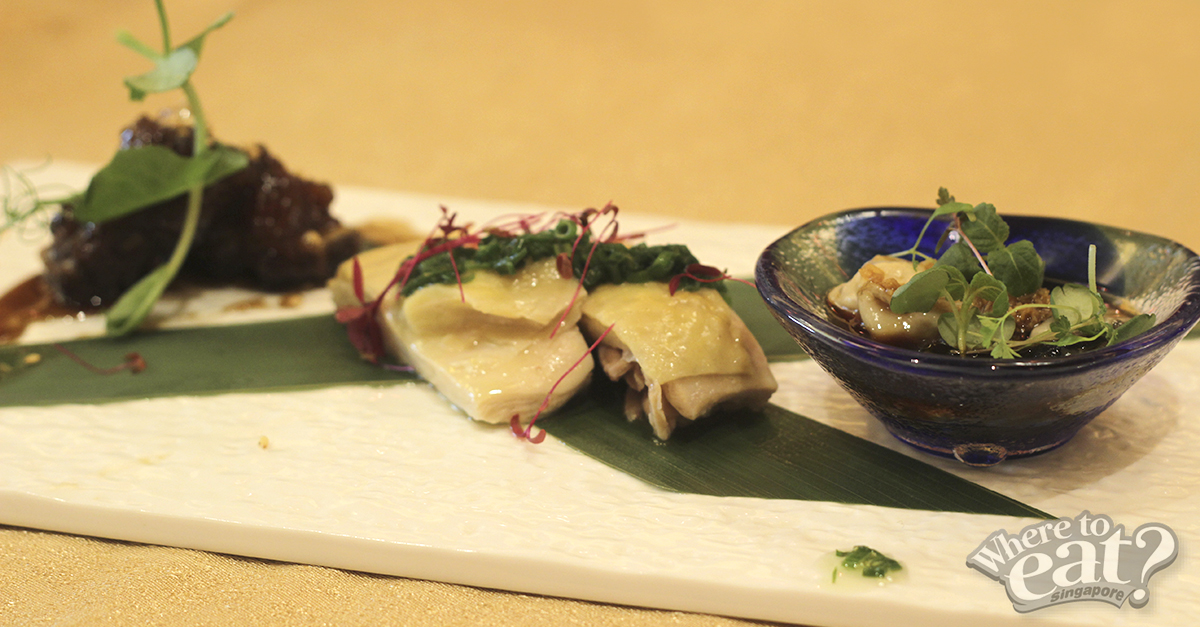 Served in a 3 divided section dish, the Live Oyster with Homemade Sesame Sauce requires no call from any additional sauces or seasoning thanks to its freshness and sweetness. However, our favourite vote goes to the succulent Braised Pork Ribs. Although its marinade was bit on the sweet side, it is one that we would love to pair with a bowl of plain rice. 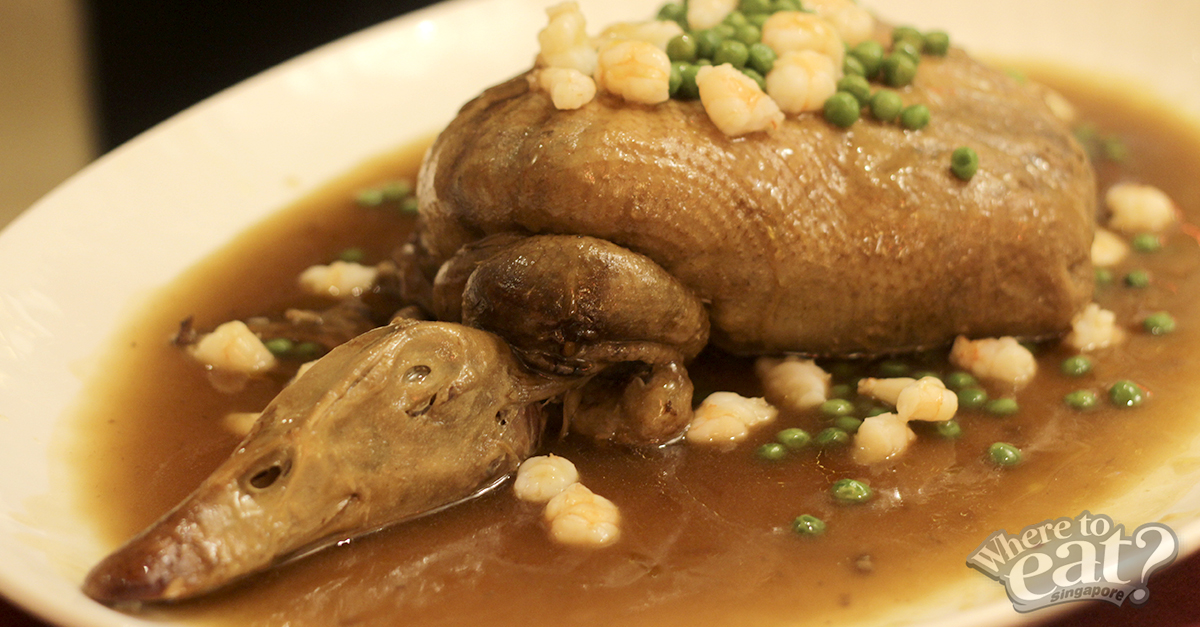 Other dishes include the Prosperity Yu Sheng with Salmon, Traditional Stewed Pork Ball with Hairy Crab Meat, and the Eight Treasure Celestial Duck – which represents togetherness for generations. 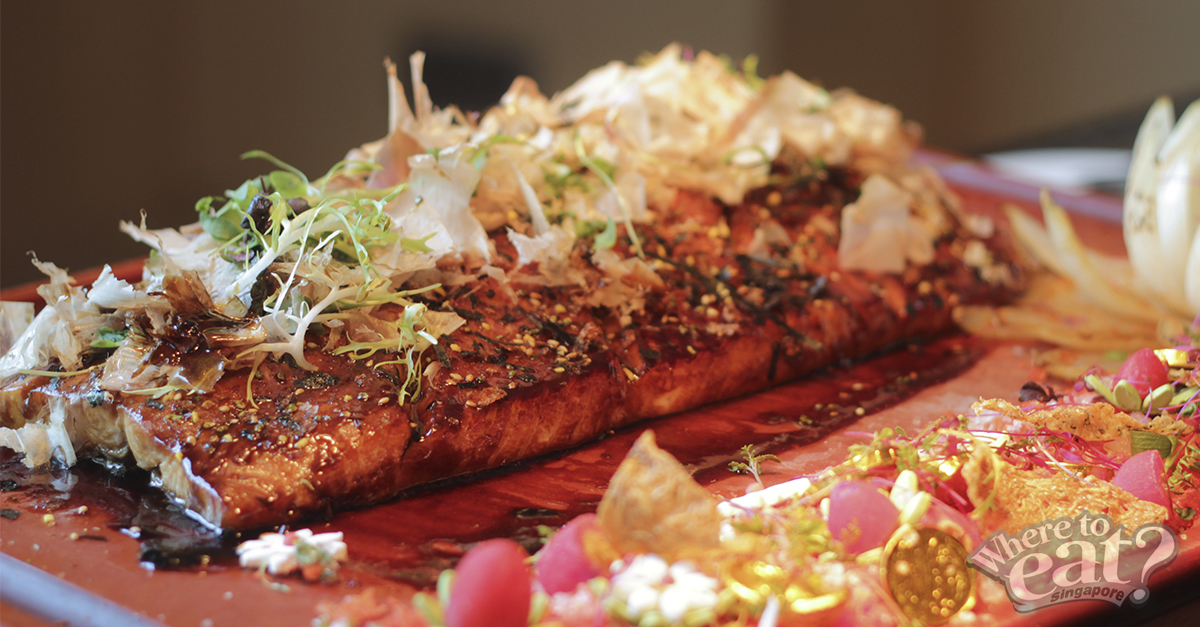 The Baked Scottish Salmon with Chef’s Signature Sauce is surprisingly yummy. Seeing dancing bonito flakes scattered at the top, our first impression was of an unagi served with a japanese sweetened sauce. The Chef’s Signature Sauce is pretty similar to the unagi sauce, but when paired with the tender salmon meat, it creates a whole wonder in your taste buds – an umami flavour maybe?

We loved the oozing tenderness from its fats and juiciness of the succulent Homemade Char Siew Belly. Served alongside with a fried or steamed mantou, it balances out the heavier flavour of the belly. Kampong Style Oven-Baked Whole Baby Sheep has most of its moisture retained, leaving a tenderness texture that oomps with the satay sauce. It’s almost like eating an extremely tender lamb satay meat. 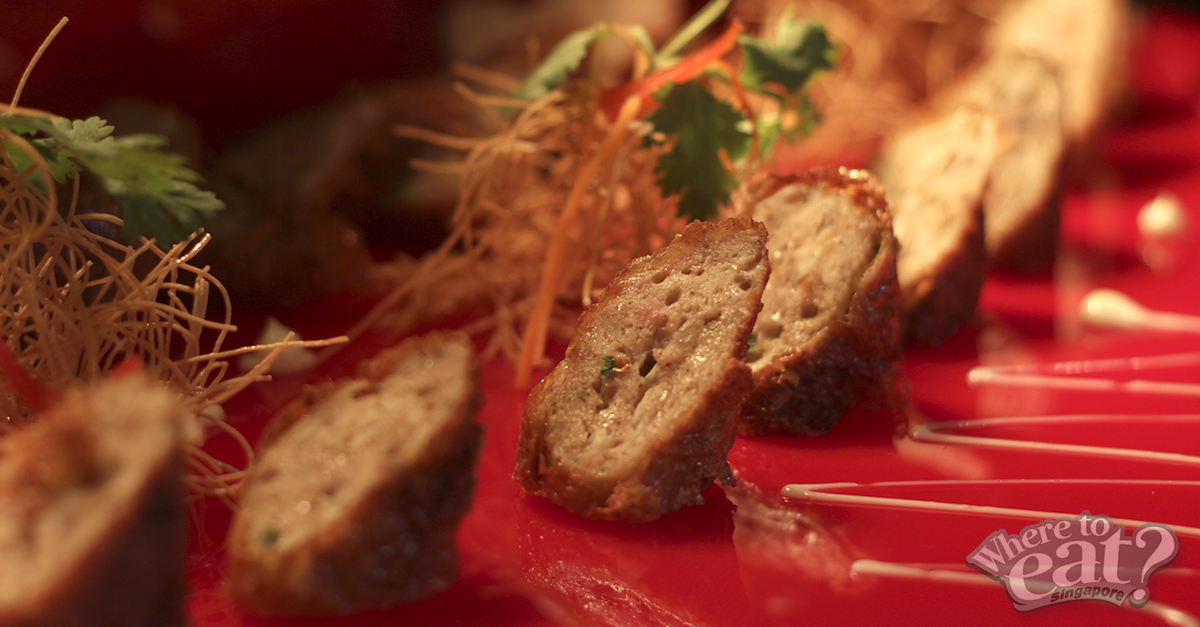 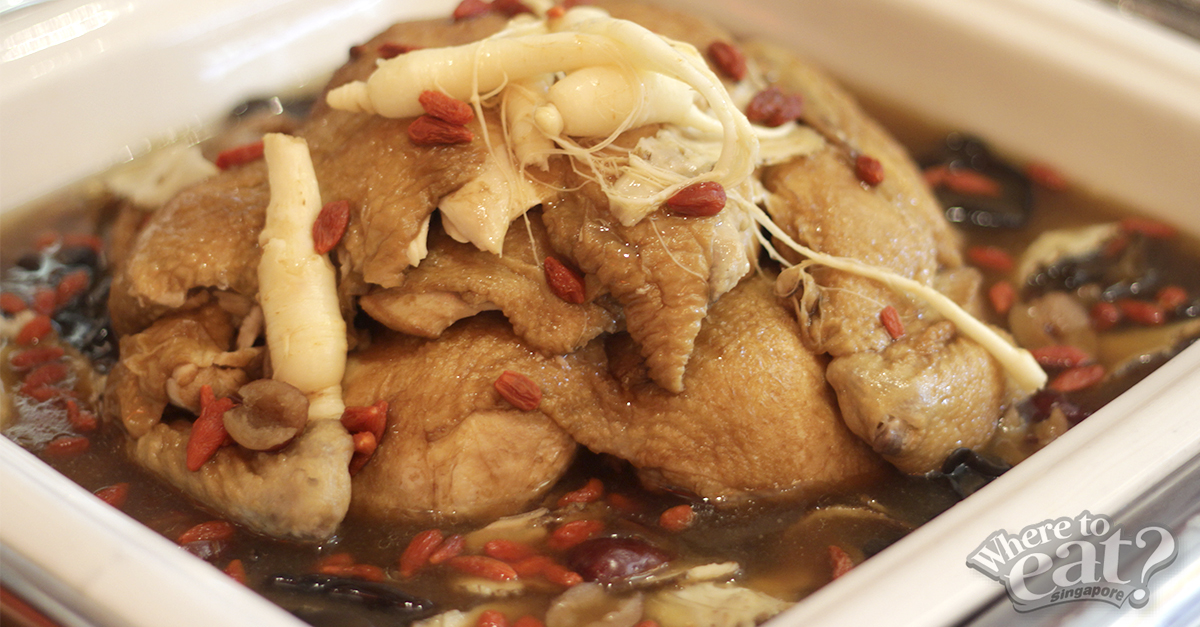 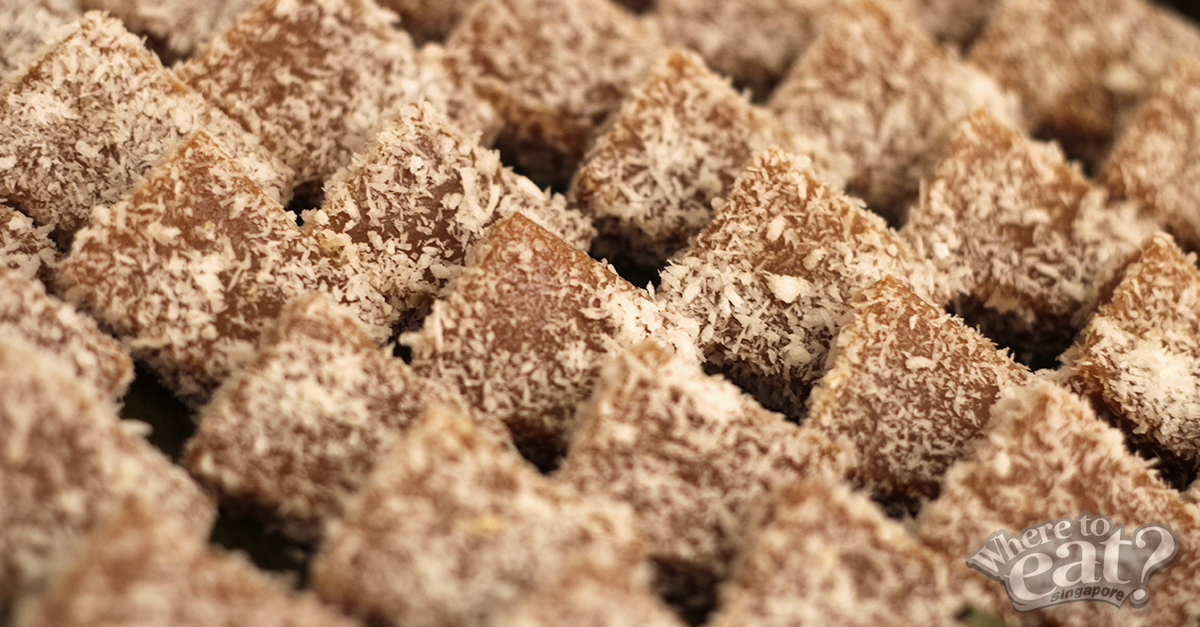 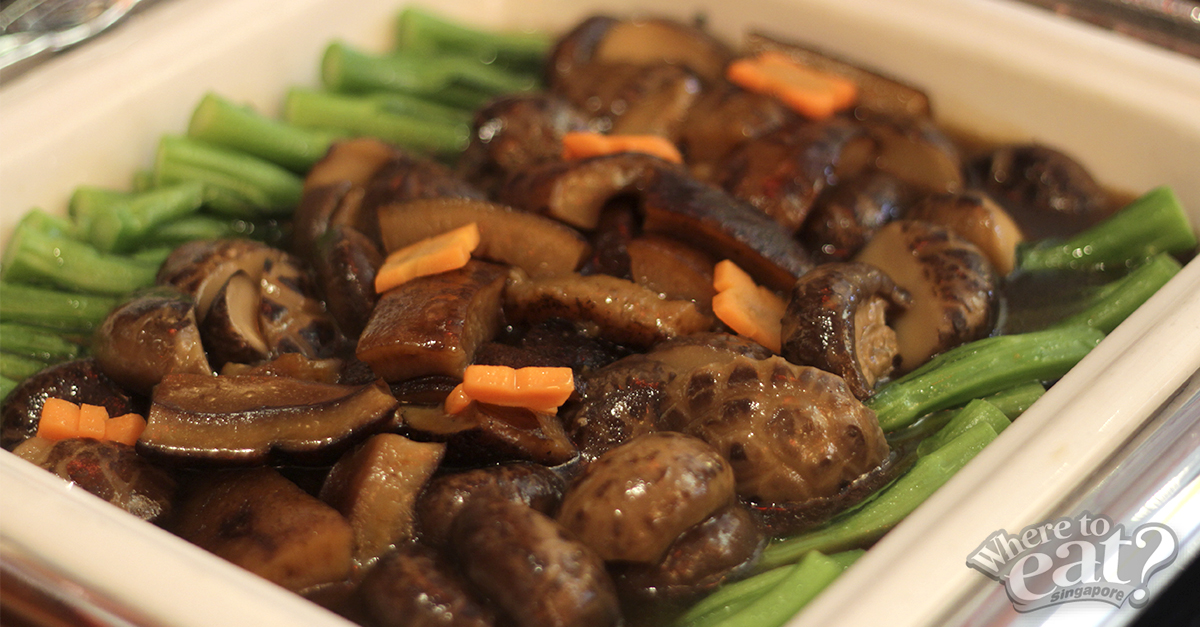 Also, we are not forgetting a toss to good health, wealth, happiness and prosperity with Grand Copthorne’s Yu Sheng options, from the standard Fa Cai Salmon Yu Sheng (from $68++) to a Dog-Shaped Yu Sheng (from $108++, minimum 3 days of advance reservation)! Available for dine-in at Food Capital, takeaway options are also available at the comfort of your cozy home.