Prima Tower Revolving Restaurant – Why You, Mum & Dad Should Visit This Place Again For Dim Sum When we were young, mom and dad used to drive us to the far end of Singapore just a little after the break of dawn on Sunday for morning dim sum. You know it: The excitement of seeing Singapore from a 360° view, listening to the sweet clinking and tinkling made from plates and cutleries and the babel of voices, and surely tasting the old-school bite-sized Cantonese tea snacks.

When we were young, mom was younger too. Bring her back to decades ago and let her relive the memories where her kids were still little and cute. 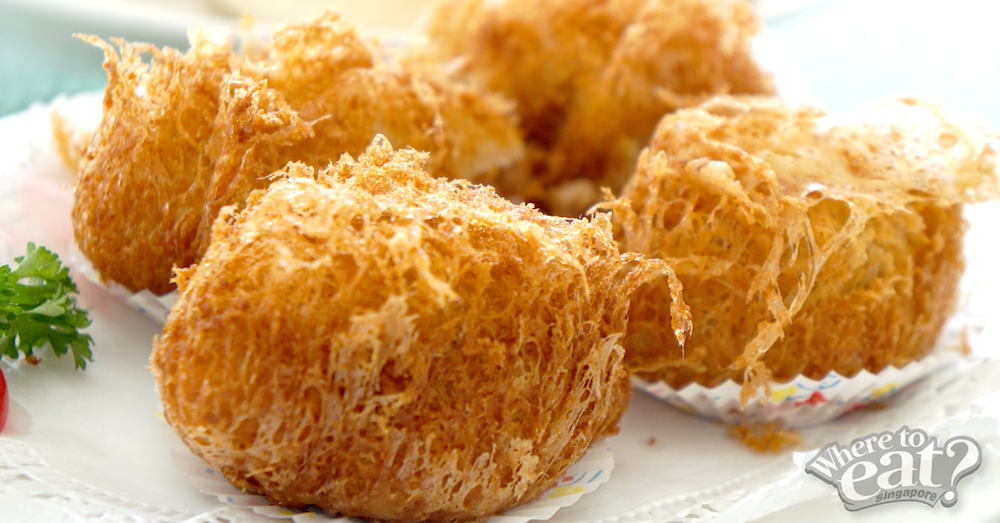 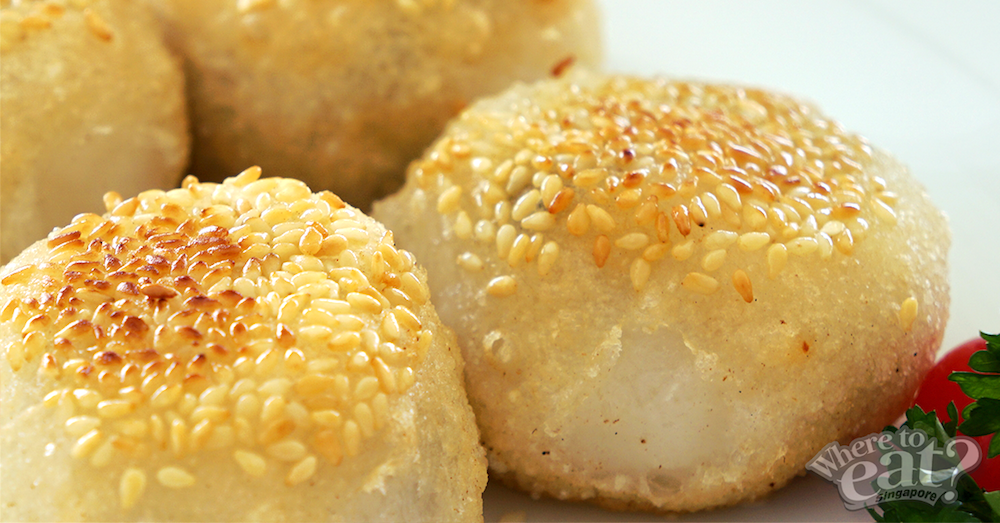 At this truly nostalgic restaurant with an updated dim sum menu to match, we kick things off with the Crispy Satay Scallop Yam (沙爹鲜贝蜂巢角)—yam paste and scallops with a trifle of satay sauce in a crispy outer crust. Pan-Fried Chive Dumpling (香煎韭菜粿) also makes a good savoury tidbit. 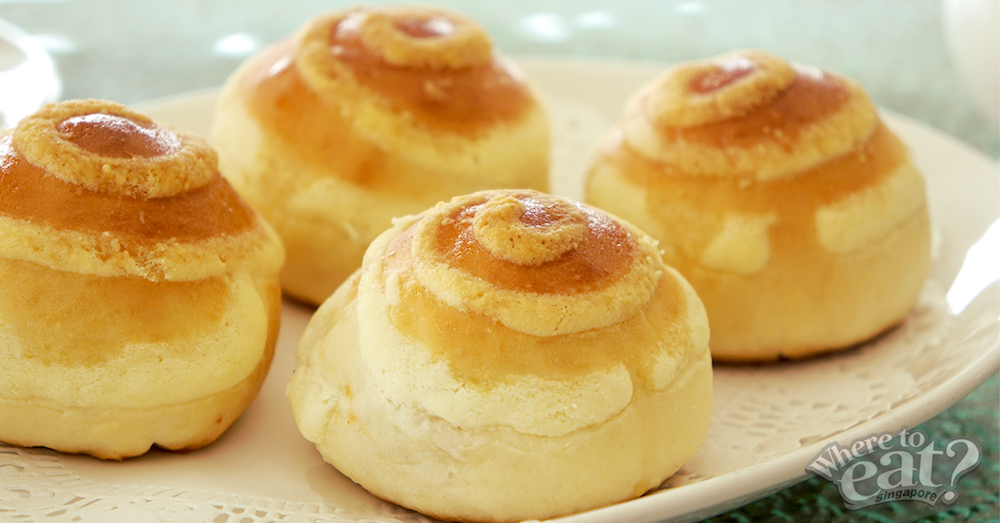 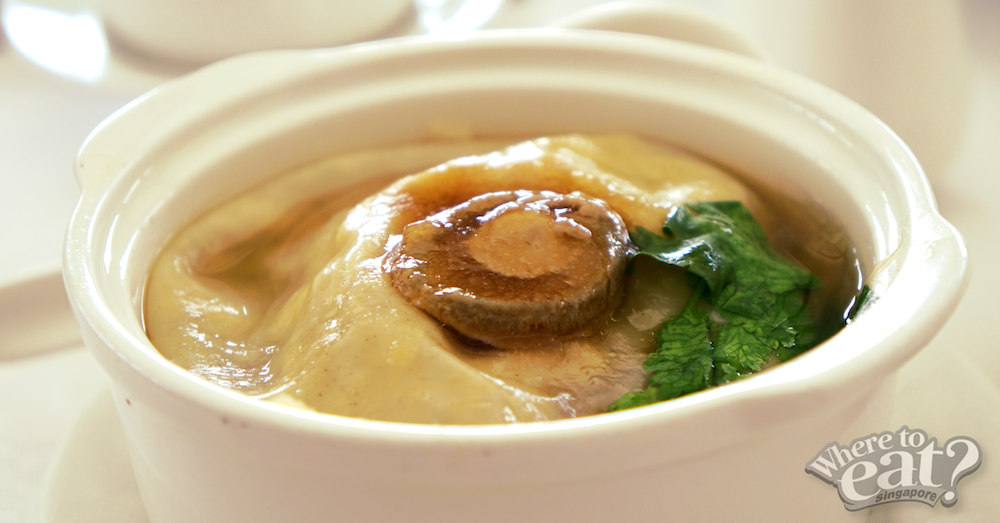 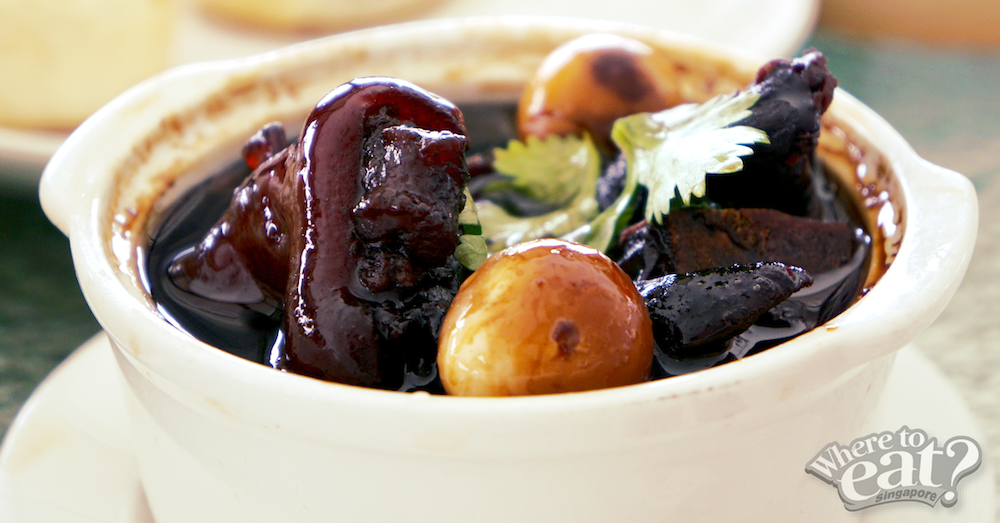 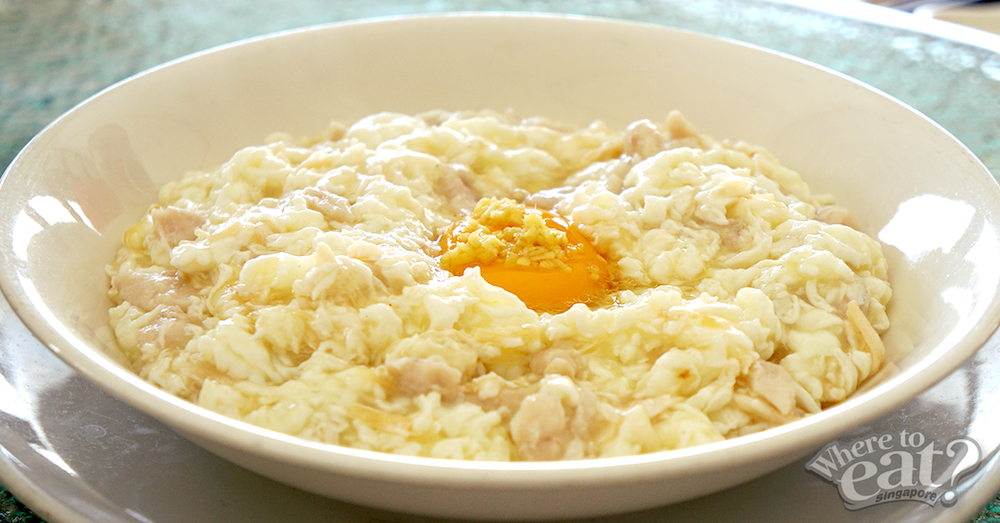 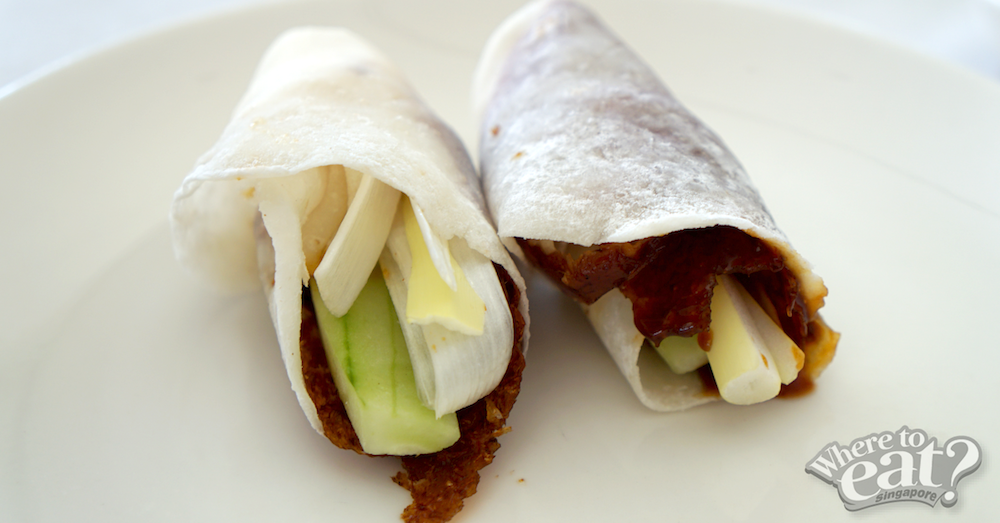 The highly recommended Shredded Scallops with Fish and Egg White (赛螃蟹) and Peking Duck (北京填鸭) could do the trick when your stomach is just half-filled. We wrapped the thin, crispy roasted duck skin in almost flavourless rice skin with cucumber and spring onion juliennes, and a light smear of sweet sauce. Despite its Chinese name, Shredded Scallops with Fish and Egg White had not a shred of crab in it, but you’d be delighted by its well-rounded freshness and sweetness. 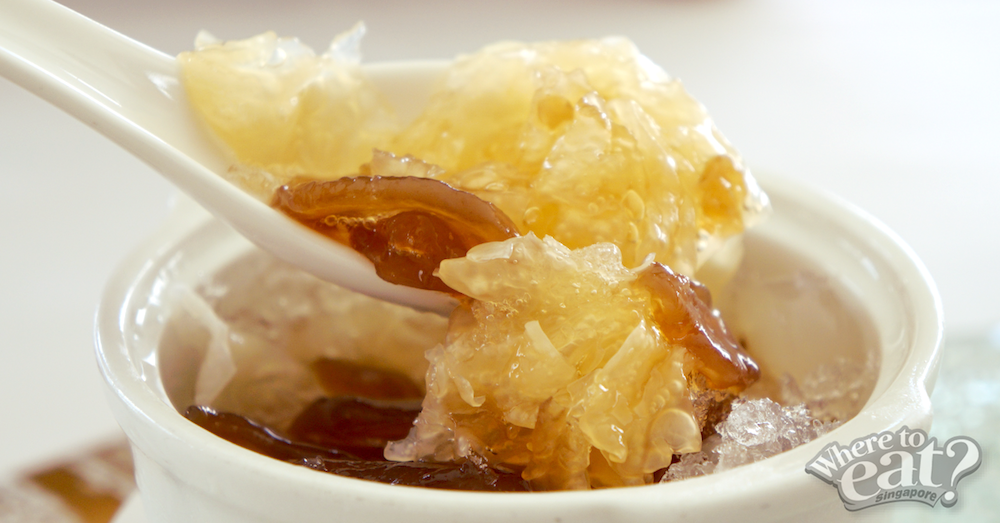 Last in the queue, desserts. We couldn’t (and you shouldn’t either) deny our inner sweet-loving monsters when we saw traditional desserts like Mango Cream with Sago & Pomelo (杨枝金露), Sea Coconut with Silver Fungus (银耳海底椰) and nourishing Herbal Jelly (龟苓膏) on the menu. Another dessert creation—Fried Toffee Banana (拔丝香蕉)—involves covering fried bananas with sugar and submerging it in water to prevent them from sticking together. 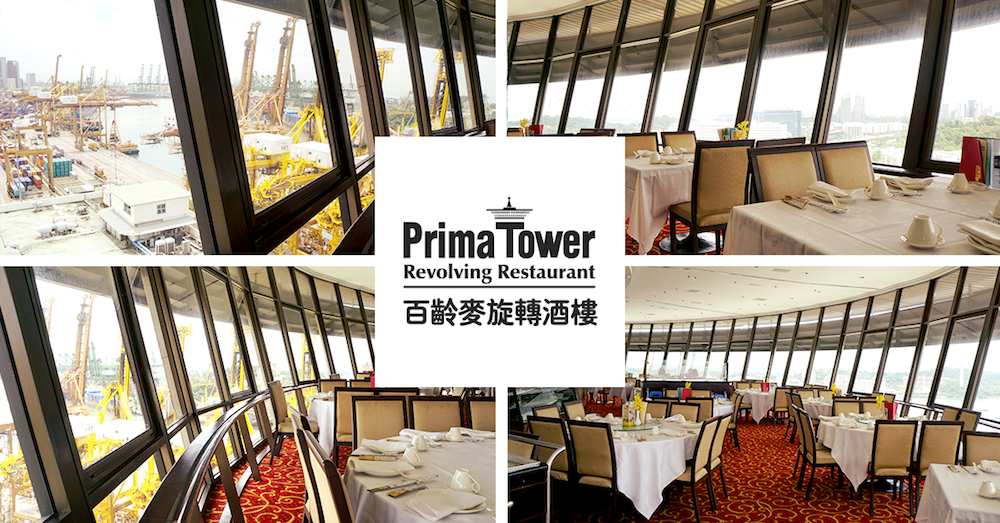 The decor in here brings diners back to an era and place where it was all bustle and hustle. Although it might not be as full anymore, but dining here is a throwback to the individualized experience that you might not even realized you had. Singapore’s food industry is burgeoning these days, so ironically, it’s a breath of fresh air for Prima Tower Revolving Restaurant to stay the way it is. If not for the food, the place and lovely memories should sell itself.